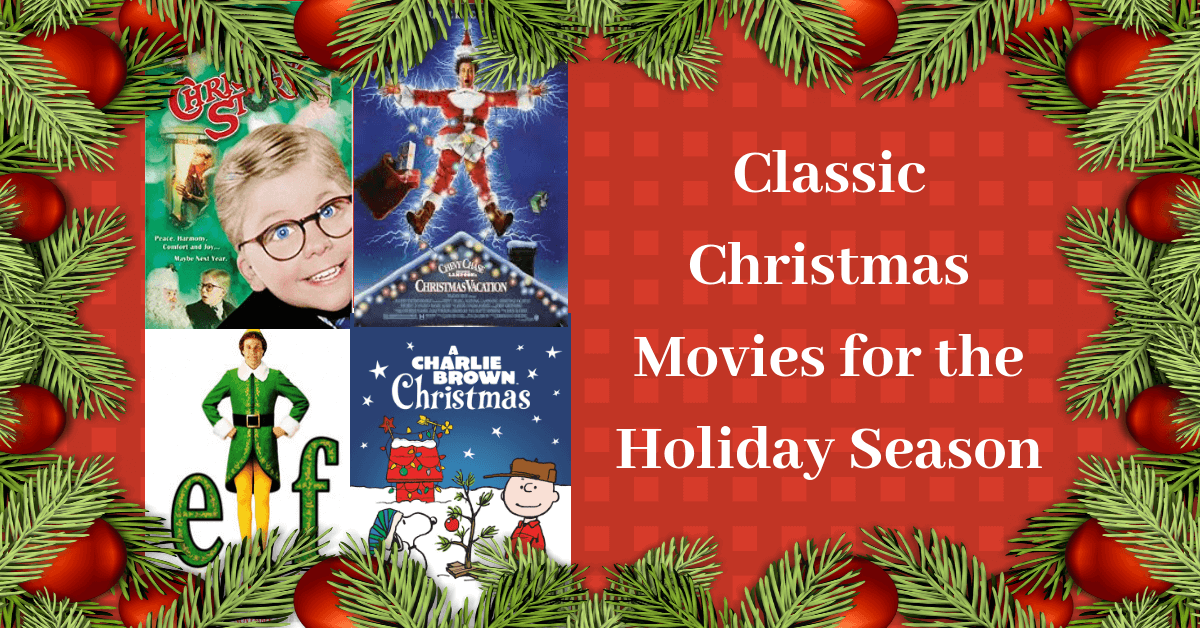 This time of the classic Christmas movies and holiday specials. From classic films from the 1940s and 1960s, to new classics and remakes, there are great holiday movies for people of all ages.

There’s nothing better than sharing your beloved classics with your family so new generations can enjoy amazing holiday films.

Read through our list and see our classic Christmas movies for the holidays and be sure to share your favourites with us in the comments section.

And there’s no need to wait until the movies come on or scramble to find them in store, each of these classics can be purchased through our links in the article. 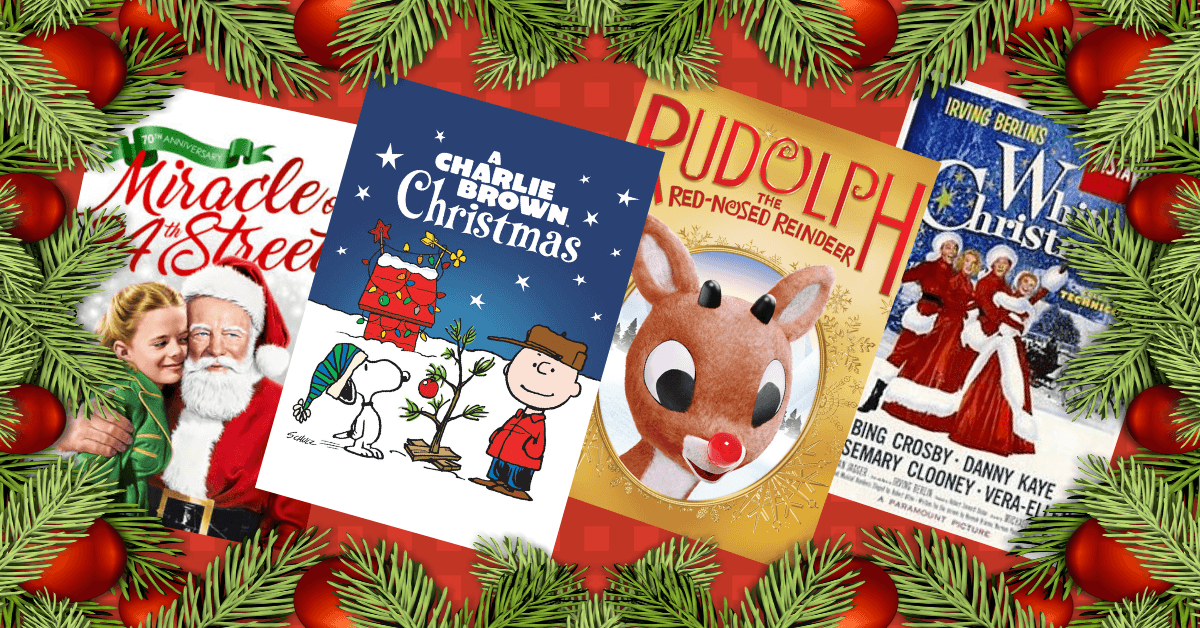 Miracle on the 34th Street
It may be the oldest film on the list, but it is one of the most beloved holiday classics of all time. The film follows a serious and no-nonsense mother-daughter duo living in New York City. When the mother hires a Santa Claus for her department store, they find their lives and feelings about Christmas changed forever.
If black and white movies aren’t your thing, you can watch the 1994 remake!
Get a combination pack of both versions here.

White Christmas
White Christmas is a 1950s musical romantic comedy classic starring Bing Crosby and others.
The film follows 2 singers that join up with a sister act as they put on a musical Christmas spectacular with the hopes of saving their friend’s business.
Purchase your copy here.

Rudolph The Red-Nosed Reindeer
This is one of the most beloved holiday specials of all time. Join misfit red-nosed reindeer Rudolph as he journeys through the Island of Misfit Toys, encounters new friends, and even faces the Abominable Snowman!
This is a funny and sentimental special that features fun musical numbers and important life lessons.
Bring home your copy today.

How The Grinch Stole Christmas
This 1966 holiday TV special is the oldest of several adaptations of Dr. Seuss’ beloved classic book How The Grinch Stole Christmas. This animated special follows the vile an bitter Grinch as he tries to steal Christmas from the holly-holly Whoville Whos.
Also worth watching is the absolutely beloved 2000 live-action adaptation starring Jim Carrey, Molly Shannon, Christine Baranski, and others. This version features gorgeous sets, hilarious hijinks, and some memorable quotes!
Get the 1966 special here and the 2000 adaptation here.
Another animated Grinch film was just released this year, and is currently playing in theatres! 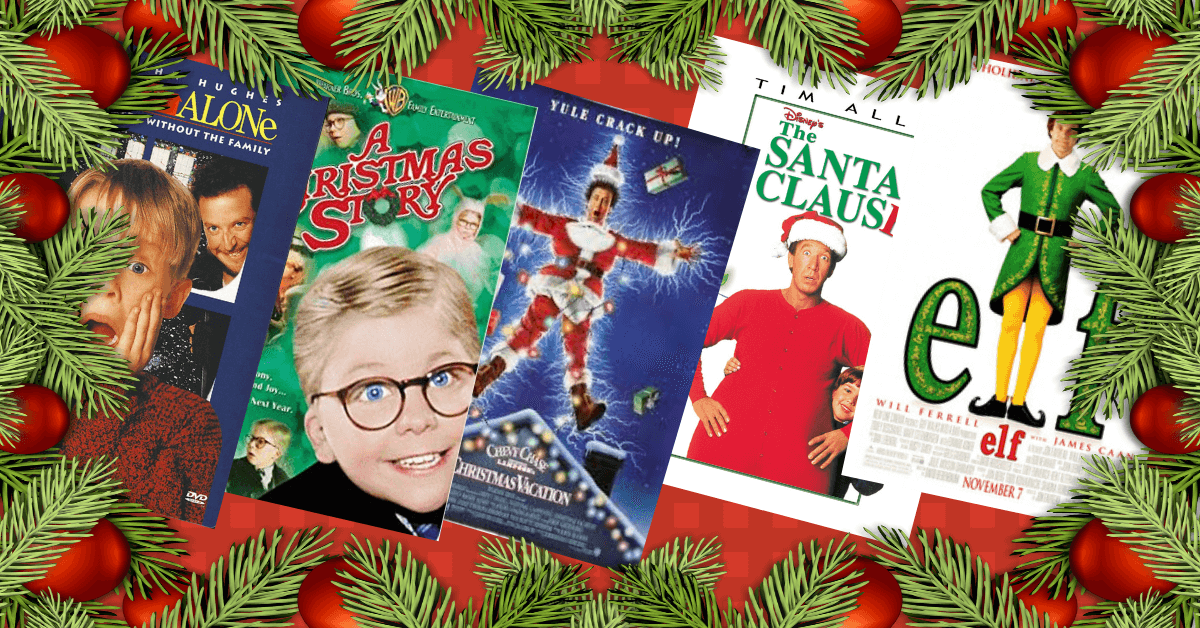 A Christmas Story
This classic is set in the 1940s but made in the 1980s. This film follows a young boy named Ralphie on the quest for one specific Christmas gift: the Red Ryder BB Gun. This family comedy is funny and relatable to anyone who has ever wanted that one perfect Christmas gift.
Get your copy here. Are you a true fan of the film? Get your own infamous leg lamp here!

National Lampoon’s Christmas Vacation
Now, this movie is a Christmas Eve staple in my house. This 1989 classic follows the hilarious and dysfunctional Griswold family’s quest for a “perfect family Christmas”.
This is the third film featuring Clark (Chevy Chase) and Ellen Griswold (Beverly D'Angelo) and their kids Rusty and Audrey. With 2 sets of grandparents, 2 teenagers, and some unexpected family visitors, this is a hilarious movie that is relatable to all families who have suffered through a big family Christmas.
You can get a copy of the movie here, and some cool Griswold Christmas swag here. Wally World mugs, anyone?

Home Alone
This 1990 Christmas movie has been loved by kids and parents for decades! This movie follows 11-year-old Kevin McAllister as he is accidentally left home alone while his family is in Paris for Christmas.
Kevin needs to survive on his own and protect his home from a pair clumsy yet determined burglars.
Not only is the film uproariously funny, but it also teaches great lessons on the true meaning of Christmas and family.
The film spawned the amazing sequel Home Alone 2: Lost in New York as well as a series of made-for-TV spin-offs. Get a combo of both films here.

The Muppet Christmas Carol
The family will love this fun rendition of Charles Dickens’ classic A Christmas Carol. The beloved Muppets characters add some humour and camp to this classic story, making it more enjoyable for children of all ages. And starring the legendary Michael Caine as Ebenezer Scrooge, the film does not lack any star power. Snag your copy here.

The Santa Clause
The Santa Clause follows Scott Calvin (Tim Allen), a toy-execute who ends taken on the role of Santa Clause after a mishap on Christmas Eve. It’s a great film about the magic of believing in something, and how you’re never too old to take in the spirit of Christmas.
This movie was so well-liked it spawned 2 sequels! Some even prefet the sequels to the originals! You can buy all 3 of them here.

Elf
Arguably one of the most quoted holiday movies of all time, Will Ferrell’s 2003 hit Elf has quickly become a Christmas classic. This funny film follow Buddy the Elf (Ferrell) as he travels from the North Pole to meet his biological father in New York City. Buddy’s attempts to adjust to life in Manhattan are hysterical and super funny - no holiday movie collection is complete without Elf. Get your copy here. 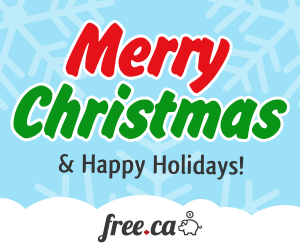 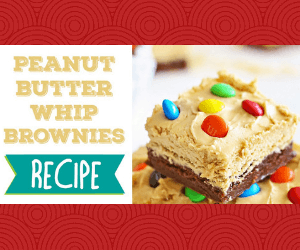 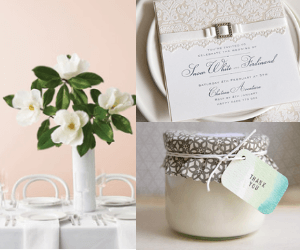